What is Racial Healing Circles?

Dr. Ramar Henderson’s inspiration to start the Racial Healing Circle Program blossomed from how he sees himself as a professional which is at its core, a healer. His definition of a healer is someone who is courageous and intentional about collaborating with an individual who is hurt and devising a plan to become complete in the broken places. He has seen how a disease has formed from the pain drawn from the ills of racism; therefore, he felt it was important to provide a dedicated space to heal from this. Moreover, racism has a profound impact on people of color and that impact can manifest itself on psychological, spiritual, physical, and emotional levels.

He was first introduced to racial healing circles at the Atlanta Association of Black Psychologists conference in 2011, where he was fascinated by the concept and felt that it was an extremely necessary and vital component to helping heal racism. He describes how it was refreshing to encounter healers that were explicit about speaking to the psychological pain of racism. While he was heavily inspired by their style, he has created his own original Racial Healing Circle  structure, one that he feels provides the most support. He strives to provide a safe space to talk about an individual's experiences with racism and anything that may be impacting them as a person who has had racialized experiences. It has been extremely beneficial to the individuals who have attended, many of which have been looking for a place such as this for a long time where they can openly share their traumas and struggles without fear of judgment. Dr. Henderson explains how many of the students at Fresno State carry a heavy burden centering on how they may have been treated according to the color of their skin, both on campus and in the Central Valley. For example, some of their Black and Brown students talked about how the lack of conversations around race and racism can make them uncomfortable. Moreover, years of discomfort may lead to them finding support at different institutions.

The Racial Healing Circles began in October of 2020 and until the fall of 2021, the circles were held completely virtually over Zoom and were bi-weekly. They are now being hosted in person, at the Cross Cultural and Gender Center and take place monthly. They generally last between 1.5 - 2 hours and are set up as one large group discussion where Dr. Henderson facilitates the discourse and models how to provide appropriate support during the discussion while the attendees sit in a circle around him. It takes a more organic natural feel as they are encouraged and validated by their peers. Dr. Henderson explains how the students are very gracious that there is dedicated space to have discussions about how race and racism has impacted their day-to-day existence at Fresno State and in the community. Faculty and staff representation along with peer support can be therapeutic in a dedicated space such as this one. The Racial Healing Circle’s partner with the Cross Cultural Gender Center where they work with Brianna White who is the head of African American Programs and Services. When the program first started, there was no formal partnership, but they did work closely with the previous director of the Cross Cultural Gender Center, Dr. Francine Oputa. 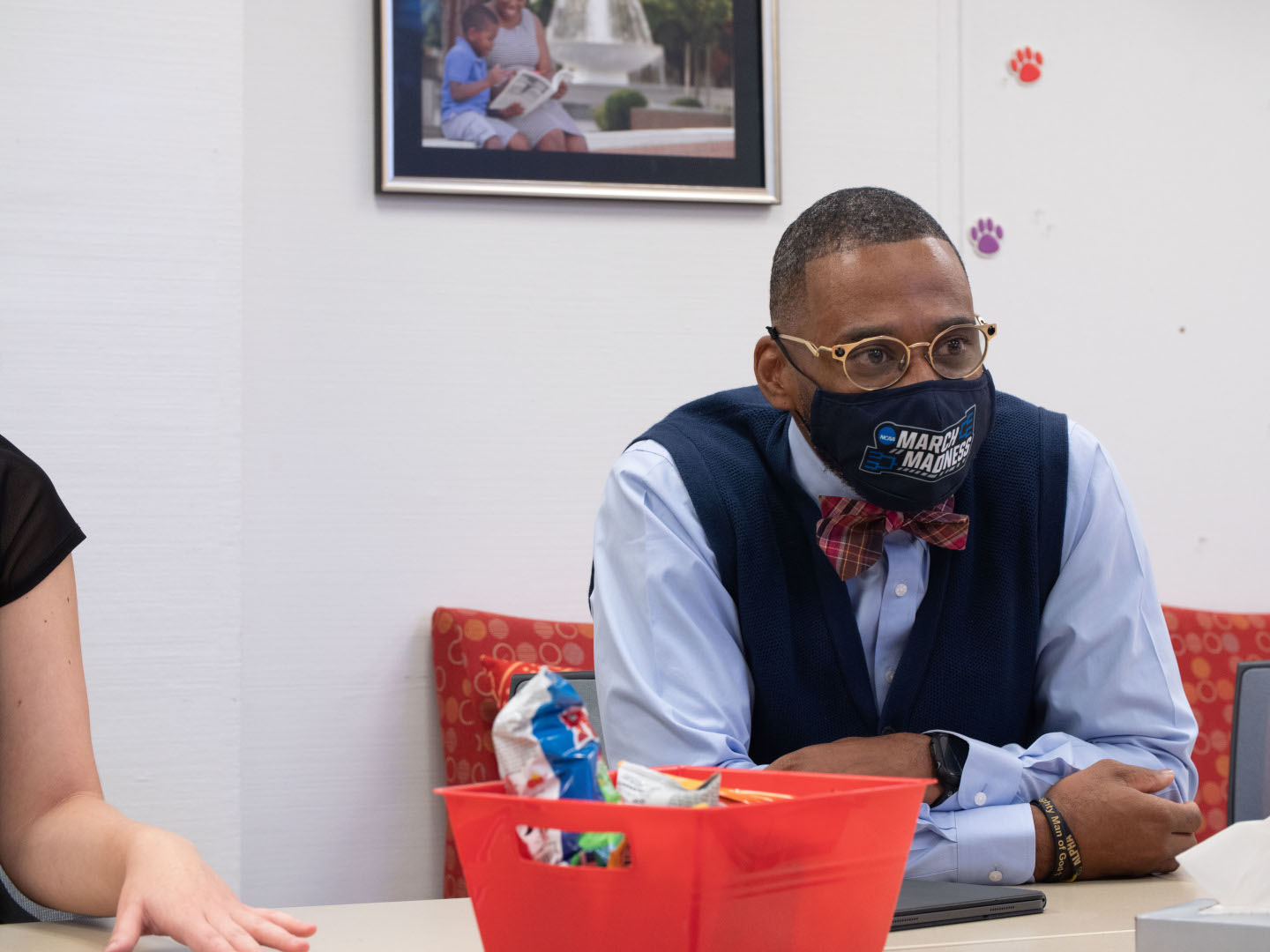 She was the conduit who helped to set everything in motion and who acted as an ally toward, inspiring Dr. Henderson to start the program.  A lot of individuals walk away feeling liberated by the healing circle and so they continue to come back in order to utilize the safe space that has been provided. To find out when the next upcoming Racial Healing Circles will be hosted, students can check the CCGC calendar.